Does the Amount of Water on Earth Change?

The amount of water on Earth has remained relatively constant over the past several billion years, according to most experts. Why?

The reason for this is the water cycle. Do you remember that circular pattern you drew in your elementary school science class? Water evaporates from the surface of the Earth, rises into the atmosphere, cools and condenses into rain or snow, falls as precipitation, and then collects on land in the oceans, rivers, lakes, and soil, and the cycle begins again.

Well, that’s why the amount of water on Earth remains constant. The water might not always exist in the same form, as there could be more or less water, for example, frozen in the icecaps. The water never leaves the Earth’s atmosphere, and there is no water coming into the Earth from space, so water always exists in the same amount.

The reason water can’t leave the Earth’s atmosphere is good old gravity. For a significant amount of water vapor to escape our planet, it would need to be moving with the velocity of a rocket ship.

However, a research group at the Natural History Museum of Denmark in 2012 published research to the contrary. While water itself can’t escape the Earth’s atmosphere, the researchers said hydrogen can and did.

By measuring how hydrogen isotope ratios in the oceans changed over time, the scientists concluded that over the course of around four billion years, the Earth’s oceans have lost about a quarter of their original mass.

Since then, other articles published warn that increasing temperatures on the Earth could cause more hydrogen atoms to escape, eventually causing the loss of water on our planet. 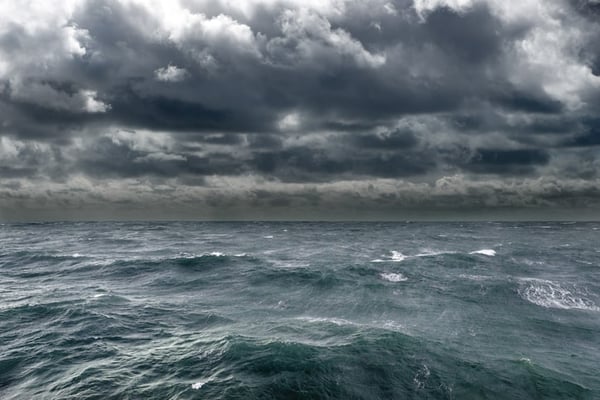 What is the Volume of Water on Earth?

Right now, the USGS, the sole science agency for the Department of the Interior, is using a 1993 estimate from Russian scientist Igor Shiklomanov on the world’s total water supply: 333 million cubic miles.

Since water can exist in a liquid, gaseous or solid-state, this estimated total includes water in our oceans, seas, ice caps, glaciers, lakes, streams, rivers, and swamps, as well as water in our atmosphere, in the ground, in plants and animals, and even inside of us.

According to research published on June 13, 2014, in Science magazine, there is the possibility a water reservoir exists deep within the crust of the Earth that contains more water than all the oceans combined.

If you are a true water junky, follow NASA’s GRACE and GRACE-FO missions. NASA has been studying the global water cycle for almost two decades, and their research has provided more information than we’ve ever had before on how water moves on our planet.

Some of the most critical discoveries from their missions to date include the following:

Water is our planet’s most precious resource. It’s up to all of us to do our part to protect this life-giving source.

Are Water Softener Systems Worth the Money?