The chemistry of water is quite simple. A water molecule is made up of one oxygen atom and two hydrogen atoms, thus H20. However, while water’s molecular structure is super-simple, it has one of the most complicated marketing structures around.

Seriously, go to the bottled-water section of your local supermarket. It’s overwhelming. There’s spring water, filtered water, purified water, carbonated water, seltzer water, and even drinking water (can’t I drink all of it?).

So, let’s do a quick “Water 101,” starting with the basic: drinking water. 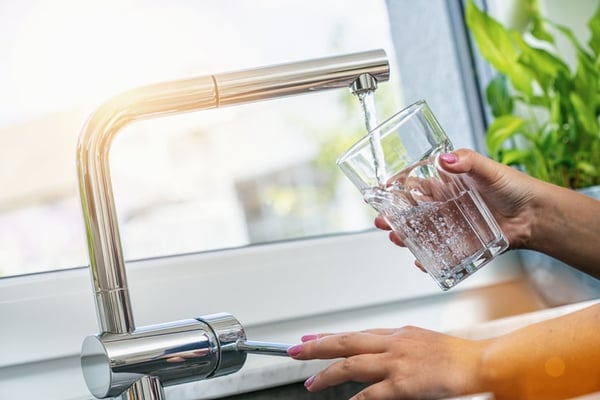 Tap water or drinking water is the water that comes from your faucet. If your water is provided by a public water system (not a private well), it is regulated by the Environmental Protection Agency (EPA). The EPA sets national drinking water standards. There are over 90 contaminants that are found in drinking water, but they don’t all have to be removed for water to be deemed safe to drink. The EPA has set a legal limit for how many of each of these contaminants can be present in the water, and it still is safe for human consumption. Each state must abide by the EPA’s minimum standards but can choose to enforce more stringent standards if they choose.

Bottom line: Yes, tap water contains some things you’d rather not think about – arsenic, lead, copper, etc.– but in small enough quantities that it’s safe to drink. It can be poured into a bottle or jug, labeled as drinking water, and sold at your local supermarket.

Filtered water (AKA spring water or most bottled water brands found in grocery stores) also is regulated for safety by the Food and Drug Administration and the EPA. But again, all filtered water is not alike. Filtered water may have originally come from a municipal tap water source or, if marketed as spring water, from an underground source. The water is then run through some type of filter. Carbon filters are most commonly used because they remove chlorine, which improves the water’s taste. Some manufacturers may go a step further and use a micron filter to remove additional chemical contaminants and microbes, but not all do, so the only way to know for sure in the case of bottled water would be to read the label and find out more about how the water has been treated or call the manufacturer.

Bottom line: Filtered water is safe to drink and may taste better to some consumers since the chlorine is removed. It is not 100% pure, though. Truly purified water must undergo a strict purification process. 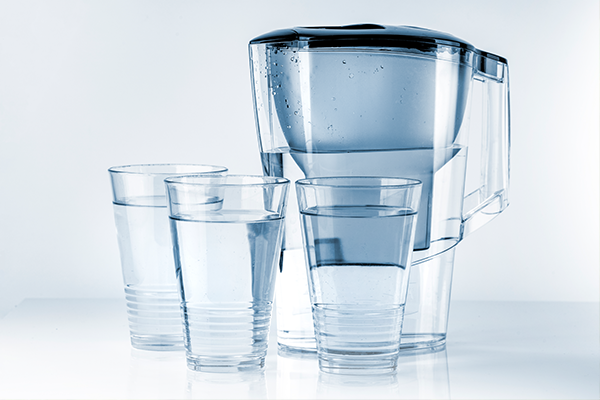 Bottom line: Purified water is water with essentially no chemicals in it. Some trace amounts may exist depending on what type of purification system is used, but it must not contain more than 10 parts per million of total dissolved solids. It may or may not still have some minerals and microbes in it depending on if a distillation or reverse osmosis process has taken place.

After all this, did you decide you’d rather have some carbonated or seltzer water? That’s fine. Just know that these are considered soft drinks and are not regulated as bottled water at all.